>> REGISTER HERE FOR YOUR CHANCE TO WIN FREE BACON FOR A YEAR! << 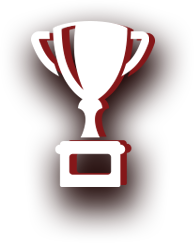 Did you take first place?

As a Committed Cook, you can participate in Winning with Smithfield Incentive Program. Want to brag about those 1st place wins in Ribs or Pork? Now’s your chance to show off! Click below to submit and share your wins and we will send you a prize!

There's only a few requirements to sign up - pay a small shipping fee of $25, and be a member of one of the sport's major sanctioning bodies. Once a Smithfield Committed Cook, Show Us Your Smithfield (#showusyoursmithfield) on Facebook and Instagram.

Be sure to come back and track your 1st place finishes in pork and ribs to win great prizes through our Winning with Smithfield Incentive Program.

Tell Us About Your Win!

Please fill out the form below in order to be featured on our page and to claim your prize!

To Our Recent Winners!

Wine Me, Dine Me and Swine Me